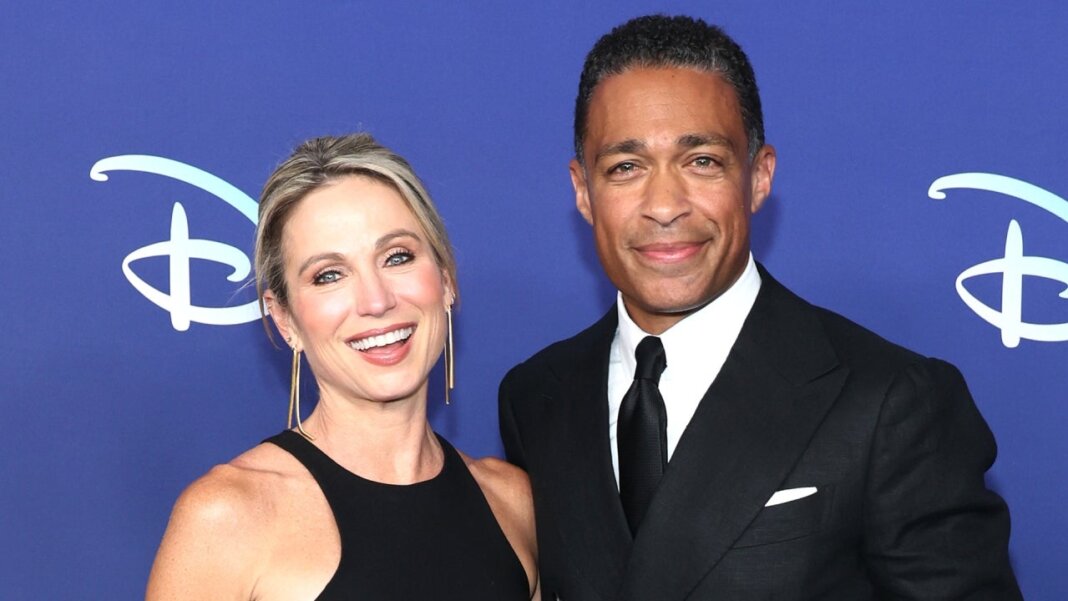 Taking it all in stride. T.J. Holmes and Amy Robach are sticking together amid the drama surrounding the revelation of their secret romance.

The Good Morning America anchors — who have been taken off the air in the wake of their romance surfacing — were spotted taking a stroll together through Manhattan on Thursday, in photos obtained by The Daily Mail.

The pair kept warm against the winter air by walking arm in arm through the Big Apple, marking the first time they’ve been seen together in public since ABC News announced they’d been suspended from GMA3.

Holmes — who wore a long coat and black scarf — was all smiles as he walked alongside Robach, who bundled up in a long beige coat over a white sweater, jeans and tan boots.

Holmes and Robach — who separated from their respective spouses over the summer, shortly before news of their clandestine relationship first broke — are facing an internal review of their working relationship.

In a letter to ABC News staff from the outlet’s president, Kimberly Godwin, on Monday, it was revealed that the anchors will remain off-air while ABC news completes its investigation.

Earlier this month, a source told ET, “Both T.J. and Amy are trying to keep a low profile and let the dust settle.”

“It’s still unclear as to what, if any, disciplinary action might be taken, but for now, both are laying low, and trying to move on with life,” the source added.