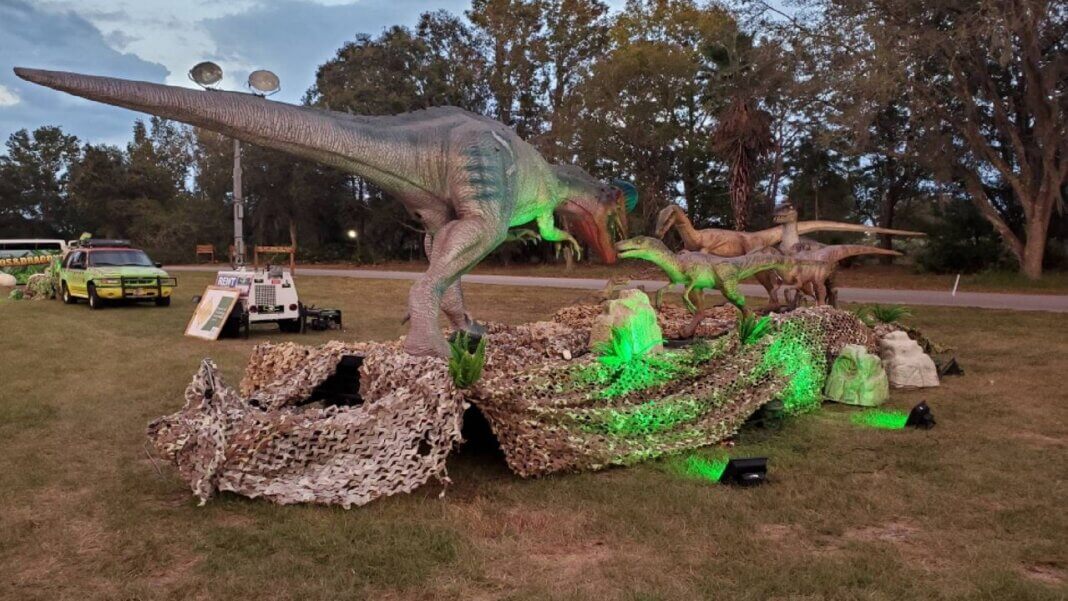 NEW PORT RICHEY, Fla. — An animatronic baby velociraptor that is valued at about $6,000 was stolen from the Dinos & Dragons Exhibit in New Port Richey overnight, according to officials.

Tuesday was supposed to be the first day of construction for the Dinos & Dragons Exhibit, which will run Dec. 9 – Feb. 26 at the Harry Schwettman Education Center.

A curator who was putting on the exhibit noticed the missing dinosaur when he arrived at the center on Tuesday morning and noticed the straps that were holding the dinosaur in place were cut. The New Port Richey Police Department is now canvassing the neighborhoods looking for the animatronic.

Anyone that has information about the baby velociraptor’s whereabouts is encouraged to call the New Port Richey Police Department at (727) 841-4550.

​ NEW YORK A Tyrannosaurus rex skull unearthed in South Dakota is expected to sell for $15 million or more at auction in New...
Bizarre

​ SAN BERNARDINO, Calif. A Southern California police officer was arrested for firing his gun into the air several times in a tavern's parking...
Bizarre

​ SEOUL, South Korea A pair of dogs gifted by North Korean leader Kim Jong Un in 2018 are now mired in a South...