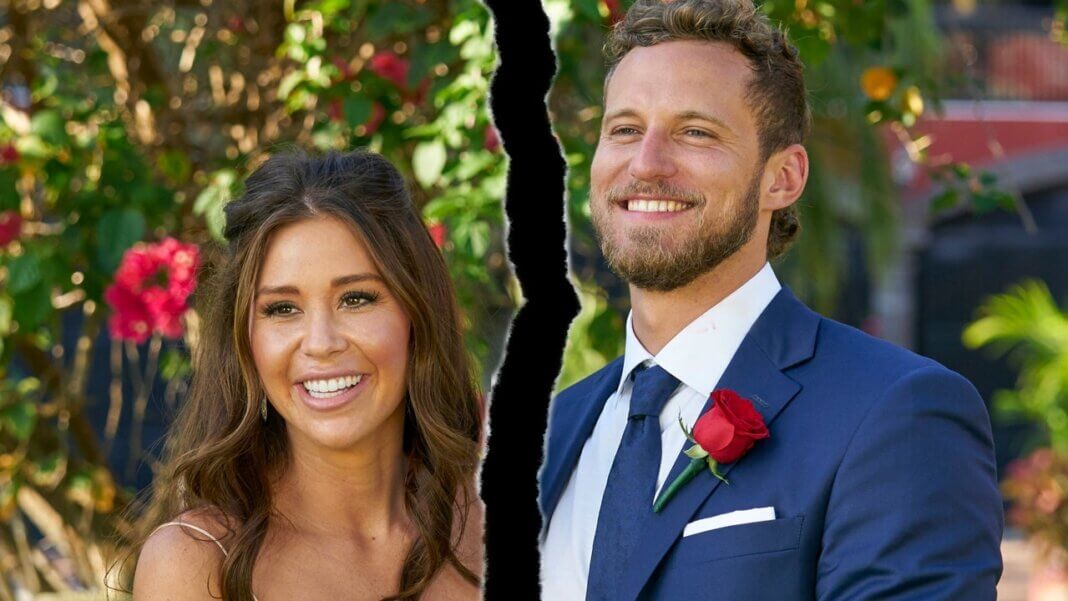 “I did just go through a breakup. The end of our relationship happened because we both weren’t in step and in sync with each other on our common goals or just the way we approach life,” she said. “We weren’t each other’s best match.”

“There are so many factors, just in being able to be present. When you’re going through stress in your outside life, it’s hard to come and stay present,” she added. “But [my DWTS partner] Val [Chmerkovskiy] makes it easy. He’s been such a good friend, such a good partner.”

Erich has yet to publicly address the breakup. News of the pair’s split broke earlier this month, less than two months after their engagement aired on The Bachelorette‘s seasonfinale.

Talk of trouble in paradise began circulating in October when fans noticed that Gabby wasn’t wearing her engagement ring on DWTS. Viewers also pointed out that Erich hadn’t been in the DWTS audience to support Gabby since early on in the competition.

Gabby herself didn’t dispel the rumors when she addressed the situation in an interview with Fox News Digital earlier this month.

“I think life is just really busy for the both of us right now, so I understand their concern,” Gabby told the outlet. “But we’re just kind of, you know, going forward with each of our individual interests and supporting each other from afar.”

Amid news of Gabby and Erich’s split, Rachel Recchia appeared on the Bachelor Happy Hour podcast and revealed why she was thankful that her Bachelorette co-lead was busy with DWTS amid the challenging time.

“She is so busy right now, which in a way I’m super grateful for this for her because I think it’s really helpful to throw yourself into something,” Rachel said. “She really is practicing all day, every single day.”

“As much as we can talk and exchange texts we do, and I go and support her in person really any chance I can get,” she continued. “Whatever support and whatever she needs right now, I’m going to try to give to her, just because we all know how difficult it is, especially in the public eye.”

Rachel added that she’s “just grateful [Gabby] has something to focus on instead of just whatever is happening behind the scenes.”