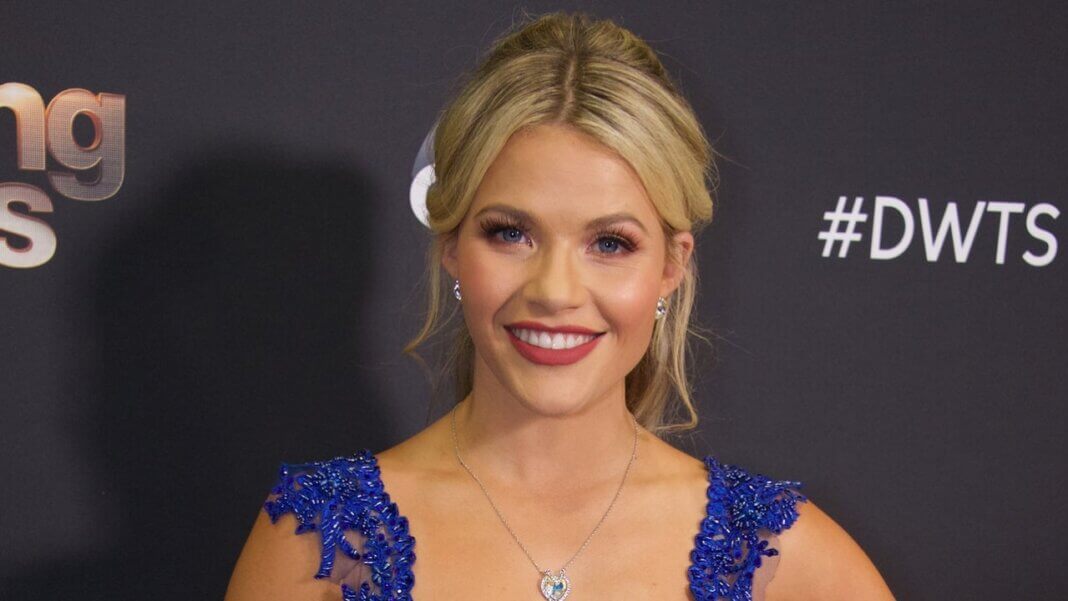 ​Baby on board! Dancing With the Stars pro Witney Carson is dancing for two.

The celebrated dancer shared the news with fans during Monday’s semifinals, following her incredible routine with partner Wayne Brady.

The pair spoke with us after the episode, and reflected on Carson’s exciting on-air revelation.

“It felt amazing!” Carson shared. “I mean, I grew up on this show, I started when I was 18. So the fact that, you know, I got married [while] on this show, I’ve announced that I’m having a kid on the show, it’s just like a full circle moment!”

Carson and her husband, Carson McAllister, welcomed their first child, Kevin, in January 2021.

The pregnancy news comes amid the news that fellow DWTS pro Lindsay Arnold — who is also Carson’s best friend and was the matron of honor at Carson’s wedding in 2016 — is also expecting her second baby.

“She actually called me to tell me that she was pregnant! And I was like, ‘Oh, I actually was looking to tell you too!’ And we were laughing literally for five minutes straight,” Carson shared. “So I think its just gonna be a really fun little childhood for our kids together.”

Carson’s big news wasn’t the only big announcement made on Monday. During the semifinals, longtime judge Len Goodman announced that this is his last season with the show, as he wants to return to England to spend more quality time with his grandchildren.

“I never thought it would come. I never hoped that it would come!” Carson said of the retirement news. “I mean, Len is such a staple, as a person and character on this show.”

“He’s what the show’s about! He is like head judge, so I never I never expected it,” she added. “It was very sad. I wish him all the best.”

After some impressive performances on Monday, Carson and Brady secured their places in the finale next week, where they will be facing off against Charli D’Amelio and Mark Ballas, Gabby Windey and Val Chmerkovskiy, as well as Shangela and Gleb Savchenko.

The Dancing With the Stars season finale kicks off next Monday at 8 p.m. ET/5 p.m. PT on Disney+