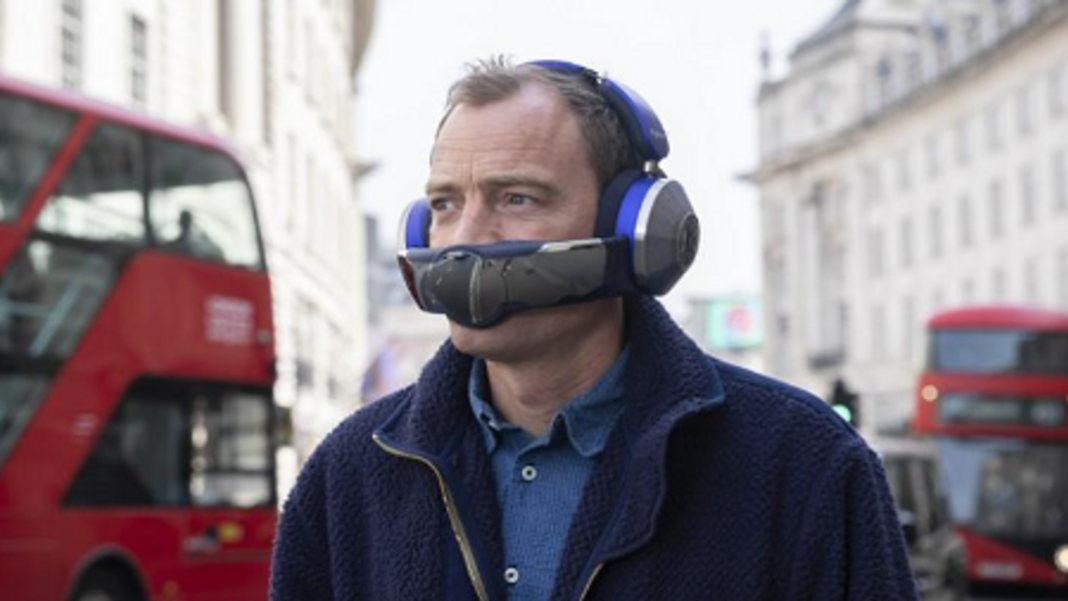 A pair of high-end headphones equipped with a personal air purifier that may leave you looking like a Batman villain have been priced at a whopping $749.

Dyson’s first attempt at an audio device was announced earlier this year, boasting noise cancellation technology synonymous with soon-to-be market rivals from the likes of Sony, Apple, and Bose.

But the most eye-catching feature was an attachable mouthpiece, drawing comparisons with the mask worn by superpowered fighter Bane in the DC Comics series.

It is the result of six years of development, as the company sought to develop a portable iteration of its existing air purification technology.

The visor-like shield, which attaches to the cups of the headphones, sits over the user’s nose and mouth, pumping out filtered air to combat exposure to air pollution.

Chief engineer Jake Dyson said: “The Dyson Zone purifies the air you breathe on the move.

“And unlike face masks, it delivers a plume of fresh air without touching your face, using high-performance filters and two miniaturised air pumps”.

Dyson says the headphones offer up to 50 hours of audio battery life, comparable to the top performers in the field.

But that time takes a massive hit if you use the air purifier as well, dropping to around four hours.

If you do turn it on, the company says the filtration system can capture 99% of particle pollution and can be adapted based on the air quality by using a smartphone app.

It was first trialled in the notoriously smoggy city of Beijing, and the final product will launch in China in January.