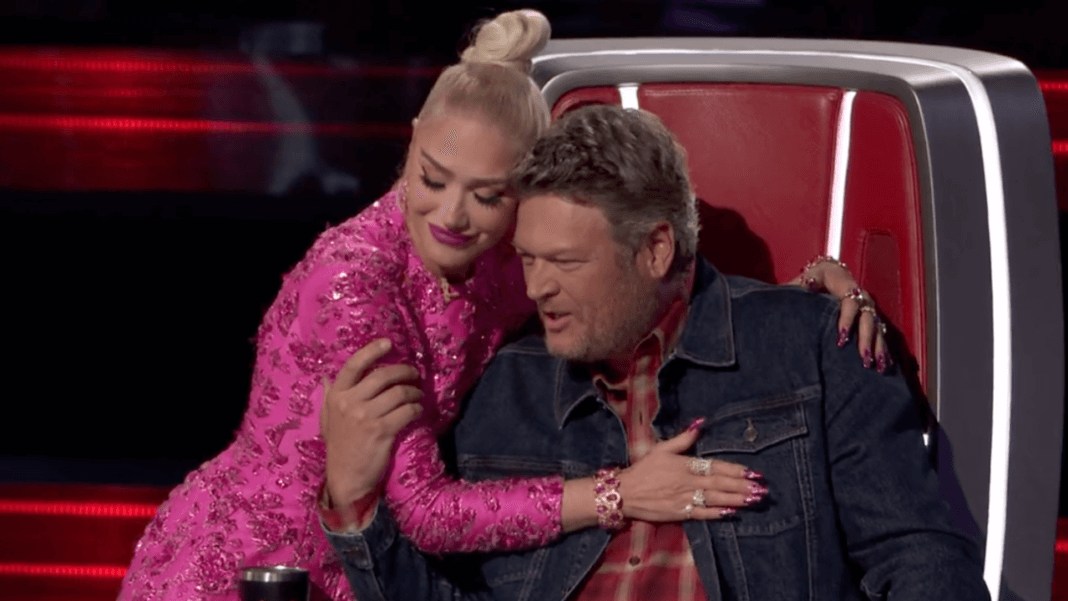 Gwen Stefani might know Blake Shelton better than anyone — but even she struggles with gift ideas!

We caught up with The Voice coach ahead of Monday’s live shows, where she revealed her hilarious idea for what to get her hubby to celebrate his upcoming retirement from the NBC singing competition. The country star recently revealed that season 23 of the show would be his last after serving as a coach on every season since the show began.

“This is crazy ’cause everyone’s coming after me for ideas, ‘What should we do?’ and it’s hard, you know, he has everything,” Stefani noted. “But I think his favorite thing would be a bag of corn, like honestly, he would be so thrilled. Or fertilizer or something like that.”

For now, however, the No Doubt singer is focused on trying to beat her hubby in season 22, and she thinks her team has the talent to get it done!

“I just know that I have an incredible team this season,” she continued. “I always do, but I feel like there’s something really different about this season overall. I feel like it’s been a really relaxed season. I haven’t planned anything, I’ve just kind of been in the moment as much as possible.”

However, Stefani did admit to messing with her hubby just a little as she returned to the show for the first time since they tied the knot. “I was definitely pressing when Blake would press, ’cause I like to mess with him, but I also like to follow his taste.”

Stefani also returned a champion this season, having won her last go-round during season 19 with teen performer Carter Rubin. So, what advice does she have for incoming season 23 coaches Niall Horan and Chance the Rapper?

“I’m excited for both of them to be on The Voice, it’s just such an incredibly inspiring show to be on if you are an artist,” she noted. “You look back at your journey, and you just you go, ‘Wow, like, I know all this now, I can share this,’ and I think playing that role has just been so inspiring for me since I’ve been on the show now six seasons.”

“I never thought I’d do something like this, but honestly feel like it’s one of the most fun things I’ve ever done which I just never saw it coming,” she added. “I think they’re gonna really like it. They’re gonna be really inspired in a way that they didn’t know, and just I would just say have fun, be in the moment, ’cause nothing lasts forever, guys.”