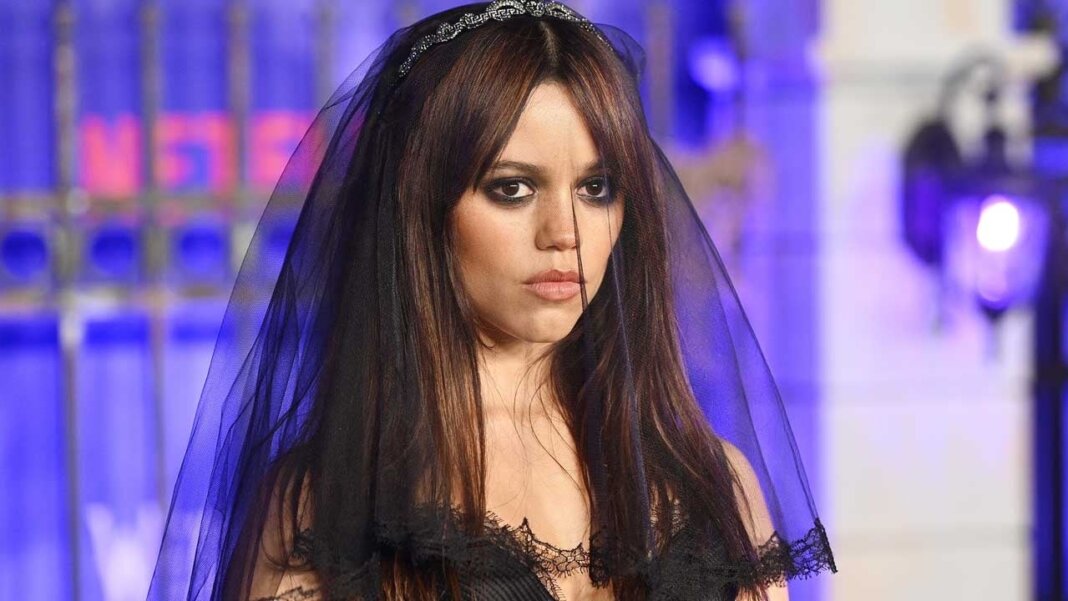 Jenna Ortega is embracing the darkness. The actress, who stars as the eponymous Wednesday Addams in Wednesday, rocked a black veil to the premiere, matching the tone of her gothic heroine.

Ortega walked the carpet in Hollywood at the show’s premiere — appropriately held on Wednesday — where everyone wore their most chic black ensembles.

The actress spoke with ET’s Denny Director and praised the commitment to theme, sharing, “I appreciate everyone wearing the black.”

As for her decision to go the extra mile with a black veil, Ortega shared, “It just felt appropriate.”

“I felt like if I was gonna wear black like everyone else, I probably should make a deal out it,” Ortega explained. “I put it on and I just knew that this is probably what I should do.”

“I think she would appreciate the veil,” she added of her wonderfully morose character.

The new series, based on the Addams Family property and focused on the family’s eldest daughter, sees Ortega’s Wednesday enroll in the mysterious Nevermore Academy, where she must learn to socialize — in her own morbid sort of way.

The roll sees Wednesday playing a cello and expertly fencing — both skills Ortega herself had to develop for the part.

Needless to say, Ortega is looking forward to having the world see the long-awaited project, and humbly said of the series, “I feel pretty good, yeah.”