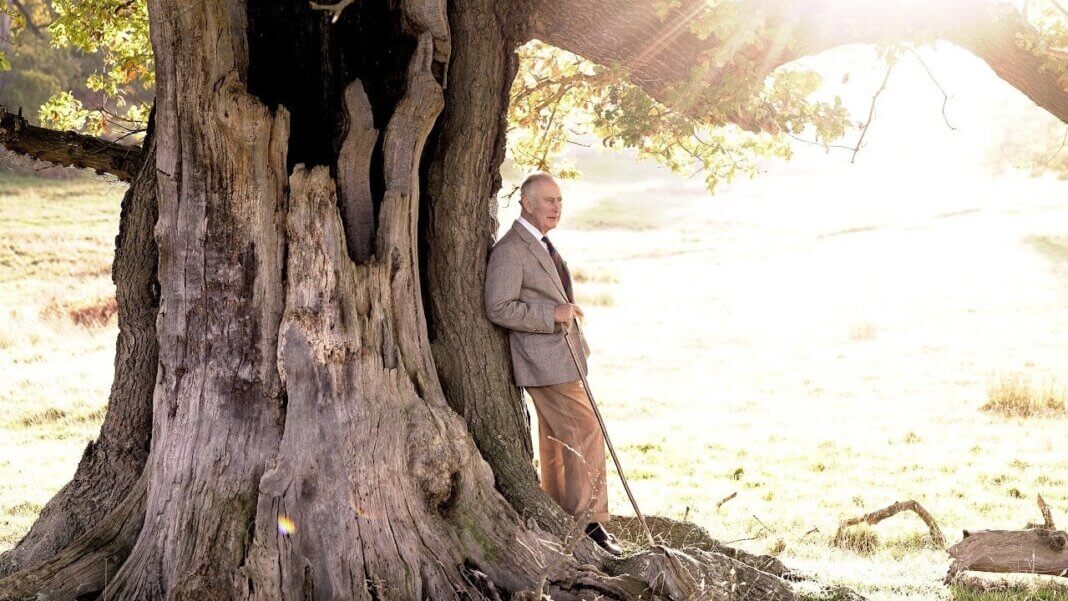 In a new photo shared in celebration of Charles’ 74th birthday, the new king is seen leaning against an ancient oak tree in the park, as he takes on another new role as Deputy Ranger of Windsor Great Park — a position once held by his later father, Prince Philip, that dates back to the 16th century.

Taken last week, the photo shows Charles basking in what appears to be a sunny, autumn day.

With this new title, Charles is now responsible for some of the country’s oldest landed estates. The king will oversee upkeep of the park, which attracts about five million visitors per year.

In a press release announcing the role, Paul Sedgwick, The Crown Estate’s Managing Director, Rural and Deputy Ranger of Windsor Great Park, said it’s an honor to have Charles continue the longstanding family tradition of members of the royal family holding this role.

“We are honoured to have His Majesty as Ranger of Windsor Great Park, continuing a long tradition of the Sovereign and members of the Royal Family holding this role,” Sedgwick said in a statement. “Windsor has a wonderful heritage with many precious natural habitats. His Majesty’s passion and commitment to the natural world will be invaluable as we seek to become a centre of excellence for environmental best practice, preserving and enhancing the Great Park for generations to come.”

The move is not a surprising one for Charles, who has been an outspoken environmentalist. As for his actual birthday, the king is expected to mark the day privately, though the Palace did start the day in celebration, with the band of the Household Cavalry playing “Happy Birthday” outside Buckingham Palace on Monday morning during the changing of the guard ceremony.

Gun salutes were also fired across London, with the king’s Troop Royal Horse Artillery firing 41 volleys at Green Park, and the Honourable Artillery Company firing a 62-gun salute at the Tower of London.

Keeping with traditional, Charlies will likely have a separate official birthday in the summer, tied to the Trooping the Colour parade.

Charles also got a birthday shout-out on social media, with both the royal family as well as and ‘s official Twitter accounts wishing the new monarch a happy birthday.