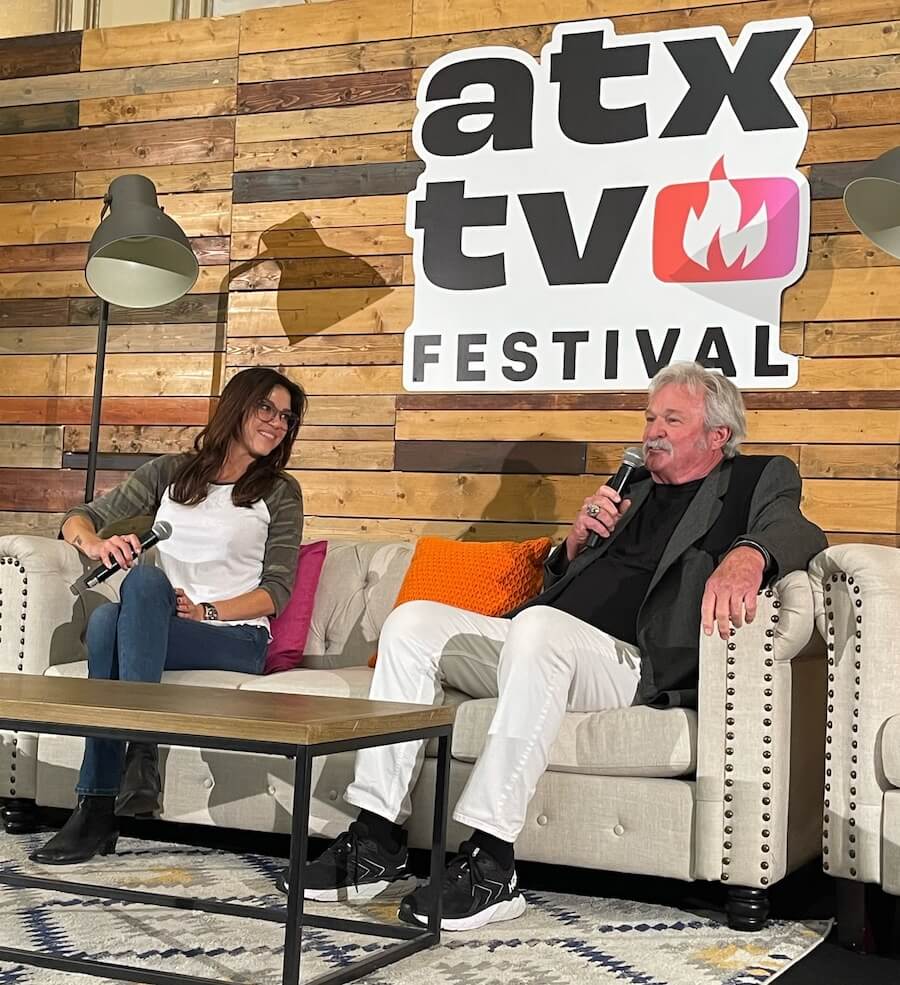 Derek Phillips and Stacey Oristano of Friday Night Lights started a podcast and it’s everything you didn’t know you needed. Here’s why you really can’t lose with the Clear Eyes, Full Hearts podcast.

Earlier this year we were lucky enough to attend their first ever live podcast at ATX TV Festival. Derek and Stacey were joined by Brad, Adrianne, and Katherine Willis (the Austin based actor who played Jason Street’s mom). We also had the chance to interview Derek and Stacey afterward and you don’t want to miss what they had to say so keep reading!

What does the FNL cast love about Austin?

While the show has been over for a while a lot of the cast members either live in or frequent Austin. Derek told stories about being out on the lake with Taylor Kitsch and randomly running into Brad. Adrianne talked about loving South Congress and spending a lot of time at Guerro’s. Brad said they would all frequent The Continental Club any chance they had. Stacey said she misses The Landing Strip and apparently visits often. She assures us it’s for nostalgic reasons only. While Austin may not feel much like a small town anymore, it did back then and they each find the memories and the changes bittersweet.

Derek Phillips is great at impression so we asked him to do a Taylor Kitsch impression, which meant he was making gutter sounds into the mic. It was spot on.

After the podcast taping and our interviews with the hosts, it’s clear, no more than ever, that Friday Night Lights was (is) special. The series touched everyone involved from the audience, the staff, the crew, the city of Austin and, of course, the actors. And it’s still so special to so many people. During the taping the actors mentioned that after the series wrapped they feared they’d never work in that sort of capacity again. They then all silently agreed that they haven’t… and probably never will.

One of our favorite moments was when Derek discussed shooting the final scene of the series – the one where Billy and Tim are watching the sunset on Tim’s land. While it appears that they’re looking out into an empty field, the entire cast was actually standing there watching, including past cast members like Scott Porter. He almost got a tear in his eye just talking about it.

When we finally sat down with Stacey and Derek, you know we just had to ask our rapid fire totally Texas questions! Here’s what they had to say.

Stacey: Walker. Derek: Yeah, Walker. Adrianne: Dallas, no wait, Walker. I have some buddies in the new one!

Stacey: McConaughey.Derek: That’s a tough one. I love both those guys – I have to have both. McConaJones? Adrianne: Tommy Lee Jones!

We always love seeing this cast reunite and we hope they continue to do so at the ATX TV Festival. In the meantime we’ll be listening to the Clear Eyes, Full Hearts podcast and you should be too!