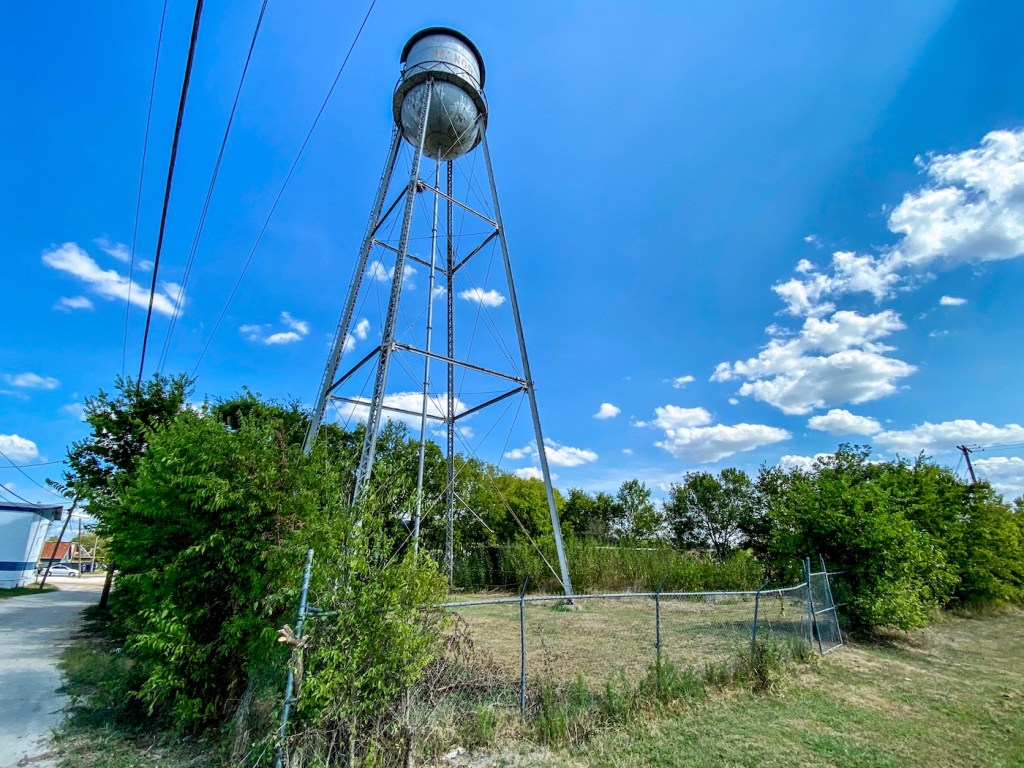 Love to see your favorite TV and film locations in real life? You’re not alone. And lucky for you, there are an abundance of filming locations in Central Texas. Here are a few of our faves to help you plan the ultimate day trip.

Let’s start with the most recognizable filming locale from Dazed – the North Burnet drive-in Top Notch (7525 N. Burnet Road). It’s where Matthew McConaughey first uttered the phrase, “Alright, alright, alright.” It’s also where Jules works in Varsity Blues, but we’ll get to that film later. The Emporium, where MM talks about “those high school girls” is also nearby. It’s now the site of Stiles Switch BBQ & Brew (6610 N. Lamar Blvd), located in the Violet Crown Shopping Center on North Lamar.

One of the many reasons Friday Night Lights felt so real was that, unlike most shows, they filmed in actual real life locations around Austin. We have a full list of all the existing locations, but our faves are Tim Riggins’s House (2604 Lehigh Drive) and Panther Field House (7 Flow Lane in Del Valle).

Sadly, the stone-walled home of the Cortez family isn’t open to the public. It’s the Trois Estate (3612 Pearce Road) located near Emma Long Metropolitan Park. You can, however, re-live the moment when Gregorio and Ingrid first meet at Hotel Belen, aka Omni Austin (700 San Jacinto Boulevard).

Man of the House

Man of the House is the first movie to have the permission from the University of Texas at Austin to use well-known UT symbols including: the UT tower (lit in orange and white), Bevo, UT cheerleaders, UT band, UT spirit organizations and the UT Texas Exes. According to an interview, the five young ladies in the film spent a month training in order to portray Texas cheerleaders

Set in Austin both on and off screen, you’ll recognize the Texas Chili Parlor in a scene where Tarantino and cast take shots.

Only in Austin can you drive by the castle from the Disney film “Blank Check!” Though other parts of the movie were filmed in San Antonio and Dallas, the home Preston buys is actually Pemberton Castle, located at 1415 Wooldridge Drive in Pemberton Heights.

The building used for the exterior shots of Initec is located at 4120 Freidrich Lane. While the exterior of Chotchkie’sis actually a Chase Bank in Great Hills, the interiors where Jennifer Aniston refused to sport more flair were shot at what was formerly Alligator Grill on South Lamar. It’s now Baker St. Pub & Grill and it’s been completely remodeled.

The pageant hotel in Miss Congeniality was supposedly set in San Antonio, however the hotel where they actually shot those scenes is right here in Austin is the Austin Southpark Hotel. Formerly an Omni, the hotel is located at 4140 Governors Row. You’ll most recognize the pool area where Benjamin Bratt would rap on the door of Sandra Bullock’s Gracie Hart character to have late night convos. The pageant itself took place at Bass Concert Hall.

The original house from the film no longer exists, but you can visit the Last Chance Gas Station (1073 TX-304). It’s now a joint called We Slaughter Barbecue and features a music venue, movie-themed gift shop, and motel with cabins in the back for fans who want a full horror experience.

Where The Heart Is

Multiple shots in this film were shot on the Caldwell County Courthouse square. The most famous of the film’s location is the Walmart which is now the Justice Center. But our favorite filming location is featured in the scene where Novalee’s baby daddy gets off the bus in Nashville. He’s actually on 6th Street in downtown Austin.

Lockhart High stood in as the high school in The Faculty, though the Texas School For The Deaf was used as well.

The fictional town of Miracle, Texas, in The Leftovers is actually Lockhart! The courthouse of Lockhart (110 South Main Street) is the most recognizable. The entrance to the “park,” however, is actually located back in Austin. Onion Creek Park’s famous bridge, known as Old Moore’s Crossing, stands in for the show’s entrance to Miracle State Park. Fun fact: Lockhart’s town square was also featured in Christopher Guest’s Waiting for Guffman.

Drive out to Elgin and cruise down Main Street to re-live one of the most iconic scenes in Varsity Blues. Located East of Austin, the downtown strip is most memorably featured when Tweeder steals a cop car and pulls up to Jonny Mox, beckoning him to help entertain the three naked ladies accompanying him on his joy ride. West Canaan High School scenes were also filmed in Elgin at the Elgin Independent School District (1002 West 2nd Street). The houses of Lance Harbor and Jonathan Moxon are located in Coupland.

Situated between Elgin and Austin is Manor, which served as Endora, Iowa, in the ’90s film What’s Eating Gilbert Grape. The water tower Leonardo Dicaprio’s character Arnie infamously climbs can be found at the junction of Old US-20/Parsons Street and South Lexington Street. You can also visit the Manor Grocery which stood in as Lamson’s Grocery, where Gilbert (AKA Johnny Depp) works (02 E. Parsons Street).