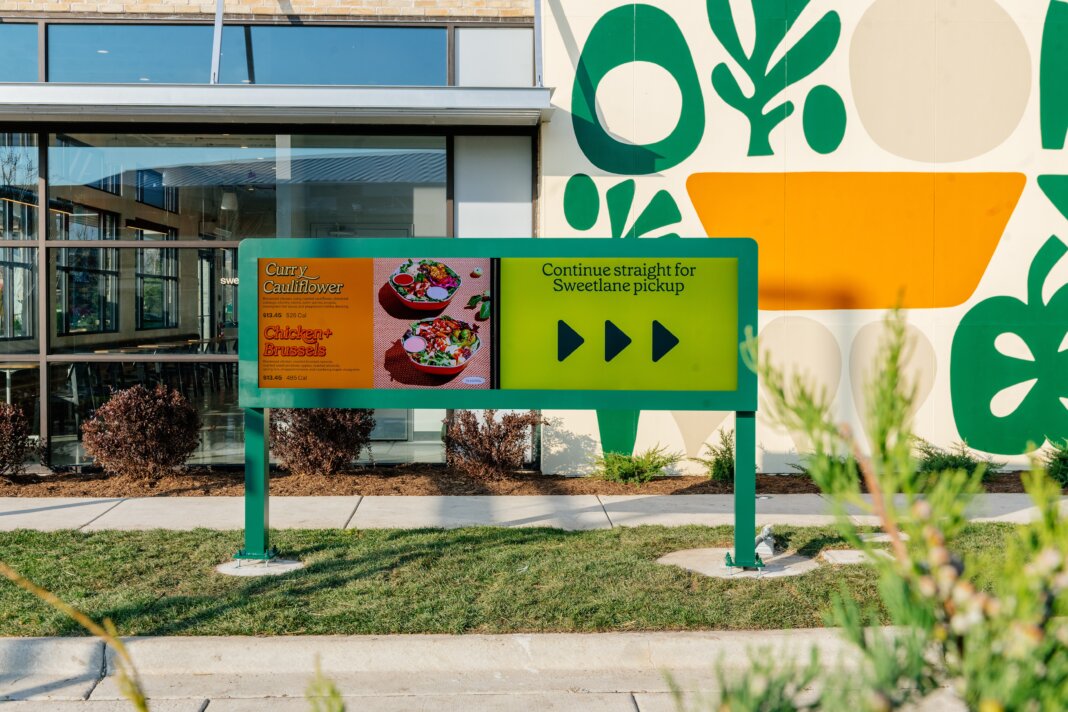 Sweetgreen, a trend-setter of fast-casual salad culture, has dominated office-worker diets for over a decade. In keeping with its brand as a haven for these workers, most of its stores have been concentrated in and around major US cities since its first location opened in 2007. The convenience and halo of health around Sweetgreen bowls make the restaurant a natural fit for city dwellers who are short on time, willing to pay high prices, and desperate to consume something easy and healthy.

Now, it seems, Sweetgreen is casting off the made-for-city-life vibe it worked so hard to cultivate. On November 15, Schaumburg, IL got the country’s first Sweetlane, Sweetgreen’s foray into drive-through. In March 2020, the company appeared to lay the foundation for such an expansion when it removed the word “local” from its menu marketing, to account for the possibility of “unforeseen circumstances in the supply chain.” A menu board inside each location still includes some information about where ingredients are sourced from—a menu that will be much harder to see from a drive-through window. And just like that, Sweetgreen—or shall I say Sweetlane—is going full-on Panera. It’s becoming that much more available and that much more, well, corporate.

Once, Sweetgreen was the bastion of the athleisure-clad finance and marketing set —those who believed in the healing power of warm grains, the limitless potential of plain grilled chicken, and the ultimate righteousness of a $16 bowl of vegetables. They dominated Sweetgreen’s fast-casual storefronts, which are mind-numbingly sleek, and aesthetically inoffensive. These spaces helped define the now-ubiquitous aspirational, upwardly mobile millennial aesthetic: rows of bright, clean subway tile, a chalk board to list locally sourced ingredients, a fiddle leaf fig tree in a white ceramic pot. Sweetgreen was founded by then-Georgetown students Nicolas Jammet, Nathaniel Ru, and Jonathan Neman, millennials themselves, who, after millions of dollars garnered in investment rounds, became a kind of beacon of chic startup success.

The chain has seen massive popularity in metropolises, and received a staggering $1 billion valuation in 2019. Nevertheless, Sweetgreen has yet to reach profitability. Like many other fast-casual chains, the salad brand struggled through the pandemic, laying off 20% of its corporate workforce. Now, to capitalize on the market trend of digital ordering, Sweetgreen seems willing to expand past the world of corporate millennial ambition in favor of finally moving into the black.

While the decision to add a drive-through may seem like a stark departure from the foundational brand image that Sweetgreen has built for itself, the company has been considering the format for years. The introduction of Sweetlane and the expansion into more suburban areas are moves likely aimed at helping the company inch closer to profitability—a consideration that has become especially crucial since it went public in 2021.

While Sweetgreen’s sleek stores in bustling city centers uphold a certain brand image—collaborating with other 2010s-era luxury-adjacent wellness brands like SoulCycle—they aren’t necessarily what Sweetgreen sees as the clearest path to profit. Though it feels like there’s a Sweetgreen on most city blocks, the brand will have to build a broader audience if it wants to stay afloat.