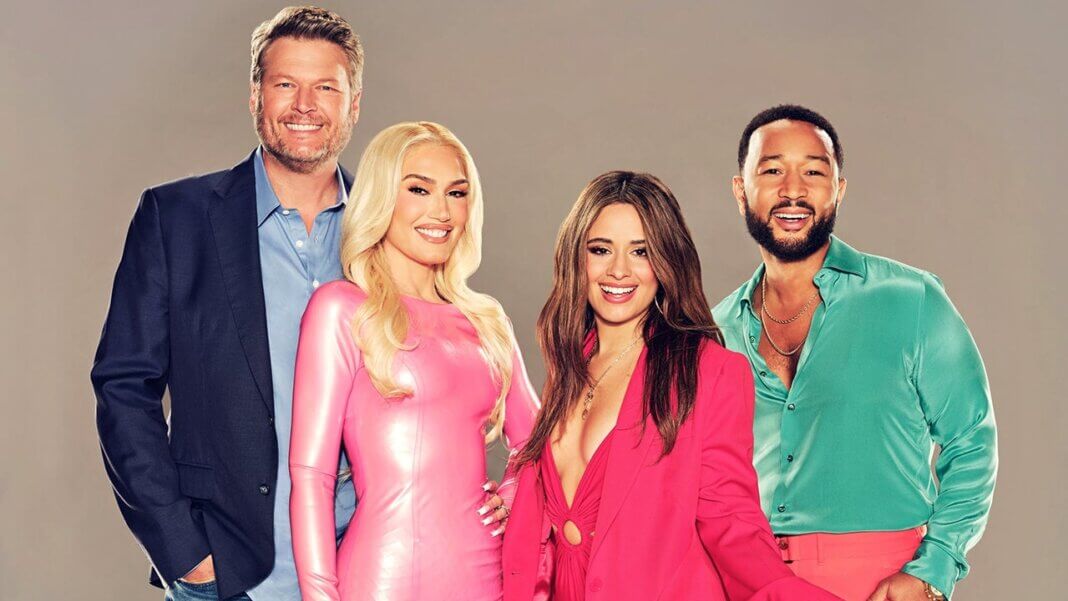 The season 22 coaches caught up with us before the first live show on Monday, where they dished on their notes for Niall Horan and Chance the Rapper, who will join Blake Shelton and Kelly Clarkson for the upcoming 23rd season of the NBC singing competition.

“I just think they’re both gonna be so fun and they both have so much personality and are just so grounded and have such great senses of humor,” Camila praised. “I think it’ll be really fun to see their chemistry with Blake, too, and Kelly.”

As for John, he joked, “I probably have too much advice” for the incoming coaches.

For now, the pair is focused on taking the season 22 title as The Voice kicks off the live shows. While the coaches can offer critiques on their team’s performances during the live rounds, the decision on which singers make it through is now up to viewers’ votes.

“I’m so proud of them,” John raved of Team Legend. “They all picked really great songs for this round — I’m so excited for America to hear them and now, you know, it just kinda depends on Americans going out there and voting. Everybody’s been voting lately, the muscle is developed — all they have to do is use your phone this time!”

Camila, however, is ready to put a bit more on the line to get a win in her first Voice season, teasing, “I mean, I will streak across the stage naked to get America to vote.”

All jokes aside, the performer said she’s already learned so much in her first season as a full-time coach.

“The show is so unpredictable, like, somebody that was such an underdog in the auditions that you barely remember, suddenly blossoms into this butterfly, and you’re like, ‘Wow, maybe you can win this show!'” she shared. “Things change so much that it’s just exciting to see the growth of people and see them develop and to have a little bit more star power as opposed to just, you know, being good singers.”

And, as a former finalist in a singing competition herself, Camila knows the power that the platform can have, even for the non-winners.

“When I was in Fifth Harmony, we didn’t win the show,” she recalled. “We came in third place, and I know a lot of people from these competition shows have had that experience where you learn so much when you’re here and you just have the opportunity to be in LA and work on your craft and just like be like a sponge. And at the same time, you have new eyeballs on you… The goal, just like anything, shouldn’t be just on winning because just being here and growing, you never know what doors are gonna open up.”