Todd and Julie Chrisley’s Tax Fraud Case: Everything Leading Up to Their Trial and Conviction 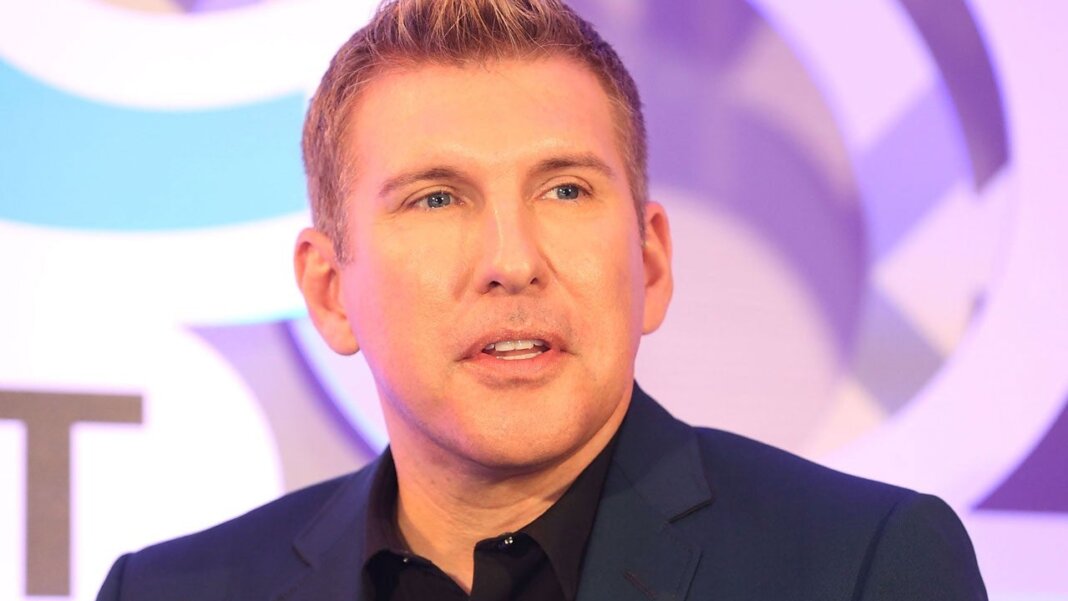 Todd and Julie Chrisley’s legal drama has been tumultuous, complex and hotly contested.

The Chrisley Knows Best stars were indicted in 2019, and more than two years later, following a three-week trial, both were convicted on federal tax evasion and fraud charges. Now, as they await sentencing in the days to come, the reality stars could be looking at 30 years behind bars.

ET is taking a look back at the couple’s legal woes, what they were charged with, and how they’ve handled their conviction.

Todd immediately went on the defensive, denying the charges and claiming they were set up by a disgruntled former employee.

Todd took to Instagram to claim that the former employee set out to convince the U.S. Attorney’s office that the Chrisleys were responsible for committing financial crimes. Todd said he and his wife had “nothing to hide.”

“Not only do we know we’ve done nothing wrong, but we’ve got a ton of hard evidence and a bunch of corroborating witnesses that proves it,” Todd argued at the time.

Todd and Julie appeared in court in Atlanta on Aug. 14, and entered a plea of not guilty. During the court hearing, the reality TV stars were granted a $100,000 unsecured bond. Todd and Julie were not in handcuffs in the courtroom during the hearing.

Todd and Julie were ordered to turn in their passports, effective immediately, and the couple’s travel was restricted to middle Tennessee and North Georgia districts. Furthermore, the couple was ordered to give notice to their probation officers if they need to travel to California to tape their reality TV show.

Todd told local Atlanta news station WSB-TV, “We stand in our faith, and we stand in what we know is right. We are fortunate to have the counsel that we have, and our family will stick together, and we’ll walk this road because we know that the good Lord will hold our hand and take us through.”

Todd and Julie were cleared of their state tax evasion charge. The Georgia Department of Revenue officially exonerated the couple of the $2 million claim related to their state taxes between 2008 and 2016.

The state conceded that the Chrisleys actually overpaid their taxes for some years. The couple ended up having a net liability of less than $77,000 in overdue taxes for just one year of incorrect filing. The Department of Revenue concluded that the Chrisleys owed no taxes for 2008, 2010, 2011 and 2012, and were due refunds for 2013, 2014, 2015 and 2016. The only year they owed money for was 2009, which has since been paid by the family.

The Chrisleys filed a lawsuit against the director of the Georgia Department of Revenue’s Office of Special Investigations, alleging that he abused his power as part of an effort to prosecute “bogus tax evasion claims” against them.

The pair claimed in the lawsuit that director Joshua Waites specifically targeted their estranged daughter, Lindsie, in an effort to “induce her to reveal compromising information about her family,” and to gain media attention for himself. The Chrisleys claim that Waites pursued “an increasingly aggressive relationship with Lindsie,” and improperly shared their confidential tax and grand jury information that he had learned through his position with the Department of Revenue to gain her trust and to intimidate her into cooperation.

Lindsie’s lawyer told ET in a statement that her client was not the source of information that led to her parents being indicted, and denied the allegations of any such relationship.

ET exclusively spoke with the Chrisley Knows Best stars in Nashville, and they claimed that they wouldn’t be in the situation they were in if not for their reality show and level of fame.

“I wouldn’t think so, because then nobody would care who we are,” Todd explained.

“People ask me all the time, ‘What’s the best and worst part about having the show and TV and all this?'” added Julie. “And I said, ‘Well, imagine every day of your life, going to work with your spouse, with your adult children, with your minor children, and with your mother-in-law. … This is a job, but at the end of the day, all the BS has to go away and this is our family.”

The long-awaited federal trial kicked off, and in opening arguments, the government alleged that the pair exaggerated their earnings to banks to borrow more than $30 million.

Assistant US Attorney Annalise Peters argued in court, “They made up documents and they lie through their teeth to get whatever they want, whenever they want it,” per Us Weekly.

The Chrisleys’ lawyer alleged in response that a disgruntled former employee was to blame for the fraud, and they were not responsible.

After a nearly three-week-long trial, Todd and Julie were found guilty in their tax fraud trial. The pair was convicted on all counts in a federal court in Georgia.

The convictions could potentially land the pair in prison for 30 years.

After being found guilty in their tax fraud trial, Todd and Julie’s bond conditions changed to include house confinement and electronic monitoring, meaning the pair was under house arrest until their sentencing.

According to the couple’s bond condition form, obtained by ET, Todd and Julie were both restricted to their residence at all times except for employment, education, religious service, health treatment, attorney visits, court appearances, court-ordered obligations, or other activities as pre-approved by the Court or probation officer.

Per the bond condition form, the couple must pay all or part of the costs of the Location Monitoring Program based upon their ability to pay as determined by the probation officer. Additionally, the couple was ordered to inform probation of any spending over $1,000.

Sentencing was originally set for Oct. 6, but later postponed.

Todd and Julie filed a motion for a new trial and acquittal in August, claiming that their initial trial was “fundamentally unfair.”

In that legal filing, Todd and Julie claimed that an IRS Revenue officer “lied” in her testimony about the Chrisleys owing taxes “when she knew no taxes were due.”

They claimed that those statements had the effect of “falsely painting the Chrisleys as untruthful, likely to commit other forms of fraud, and evading the tax payments alleged in the indictment.”

They also accused the court of admitting “substantial volumes of evidence at trial which were obtained in violation of the Fourth Amendment,” citing financial documents they say were “unlawfully seized” by Georgia’s Department of Revenue and initially suppressed by the court. The filing goes on to accuse the court of failing to “properly enforce its suppression order” by allowing some of said documentation to be admitted into evidence.

In response to the motion for a new trial, Todd and Julie’s sentencing date was pushed back from Oct. 6 to Nov. 21.

The pair’s joint motion for a new trial was denied by a federal judge, and their sentencing date of Nov. 21 was upheld.